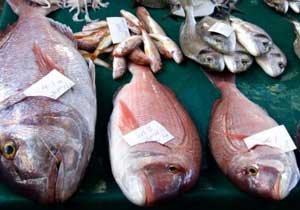 Mercury is a chemical found naturally mostly in the form of cinnabar (mercuric sulfide). It occurs widely in the biosphere and is a toxic element presenting occupational hazards associated with both ingestion and inhalation. Mercury has no essential function in the human body.

In addition to numerous scientific applications and instruments, mercury is frequently used in lighting. It has been utilized in street lighting, mercury-vapor lamps, and black lights as well as liquid contact material for electrical switches and various electric batteries.

Mercury is also implemented with dental amalgam fillings. Mercury chloride has also been used as a diuretic, laxative, a topical disinfectant, and was previously used in the treatment of syphilis, but has since been discontinued. It was also previously used in medicine as a treatment for constipation, childbearing, depression, teething powders for infants and toothaches. It's had a history of being used in skin care products and mascaras.

Although its use has been banned in the United States, it is still widely used in some countries.

Mercury is found in nature, including the ocean where it has a large impact on seafood and fish, as well as in its implementations in science, medicine and lighting.

Mercury's danger to the body lies in exposure to specific compounds, rather than inorganic forms of this trace mineral. Methyl mercury and ethyl mercury are two highly toxic forms. Methyl mercury can be found throughout agriculture and industry in pesticides, in fungicides, in the by-product of chlorine, and in the form of mercury vapor from smokestacks. All of these chemicals can threaten the environment and the human body because they are retained in the tissues for long periods and adversely effect the central nervous system.

Many types of fish have varying amounts of mercury, here are some with the highest amounts, and should be avoided:

High consumption of fish is the most influential factor that plays a role in causing mercury toxicity in humans and animals. Toxicity can be minimized by preventing high intake of mercury through food consumption. In cases of skin-exposure, thorough washing and rinsing to remove all the mercury is advised. Contacting a poison control center for further instruction and visiting your medical physician as soon as possible is recommended. Removal of all traces of mercury is vital to avoid toxicity, luckily side effects are partially if not completely reversible.

The average intake of mercury from food is estimated to be only 0.5mg daily. Oral ingestion of as little as 100mg of mercury chloride products toxic symptoms, and 500mg is usually fatal unless immediate treatment is given.

There's a variety of cautionary measures one can take to protect themselves and their families. One measure to take is to limit the consumption of seafood and fish as both are high in mercury. Other measures to take are to implement lighting, thermometers and other instruments readily available in your home that are mercury-free. There's almost always alternatives to their mercury counterparts that are safer to use. Other options are to use organic and mercury-free cosmetics and skincare products.