Difference between revisions of "Lecithin" 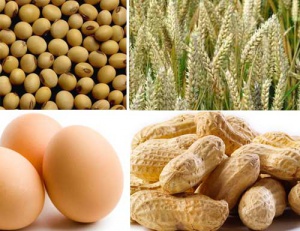 A compound of choline and inositol found in virtually every living cell, Lecithin is a general name given to any group of yellow to brown fat substances that occur in animal and plant tissues such as egg yolks. This group is composed of fatty acids, choline, triglycerides, glycerol and phosphoric acid among others. Originally named in 1847 by Theodore Gobley, a French pharmacist and chemist, who originally separated lecithin from egg yolk and showed the presence of lecithin in various biological matters, lecithin was discovered to be present in human brain tissue, fish, chicken & sheep brain and blood. Low solubility in water, lecithin is usually sold as a supplement for food and medical uses.

Lecithin has been shown to prevent many illnesses, diseases and conditions by promoting and assisting with the functions in various parts of the body including the prevention of clogged arteries by pushing cholesterol through the blood stream which improves overall cardiovascular health, using lecithin in the breakdown of fat for weight loss, prevention of liver problems by keeping fat cells from attaching to the liver which promotes optimum functioning of the liver and also promoting brain health by assisting the brain cells with communicating throughout the body effectively. It has also been known to improve memory function to those with Alzheimer's Disease, dementia and amnesia. Lecithin also assists other vitamins such as A & E in their functions and absorption into the body. Some even claim it has been shown to treat heart problems and cancer although not enough research has been done to prove or disprove these claims.

Lecithin provides many notable benefits to the skin and is commonly used as a natural thickener, stabilizer, preservative, moisturizer and emulsifier in natural skincare products in place of synthetic or harmful ingredients. Benefits provided to the skin include tightening and firming of the skin, prevention of premature aging and wrinkles, and optimum hydration levels to the skin, hair and nails for strong nails, a beautiful complexion and long, lustrous locks.

Lecithin is available in supplement form in granules which can be added to food or drinks such as smoothies, but can otherwise be found naturally in various foods including:

There is no daily dose recommendation set for lecithin and our needs for this nutrient can usually be met by intake of the foods in which it is present. Lecithin granules may also be taken as a supplement if desired or, since this is a compound of choline and inositol, supplements of choline and/or inositol may be taken as directed or needed. Please consult your physician before taking any vitamin supplements.