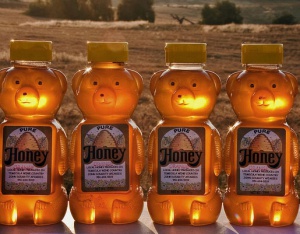 Honey is valued as an antibiotic, antibacterial, antiviral, antioxidant, antifungal and humectant. Being an antibiotic, it is a very effective as a wound healer, and treatment for various skin conditions. Since honey is over 80% sugar and has natural acidity, it's an inhospitable environment for the single-celled microbes that form infections.